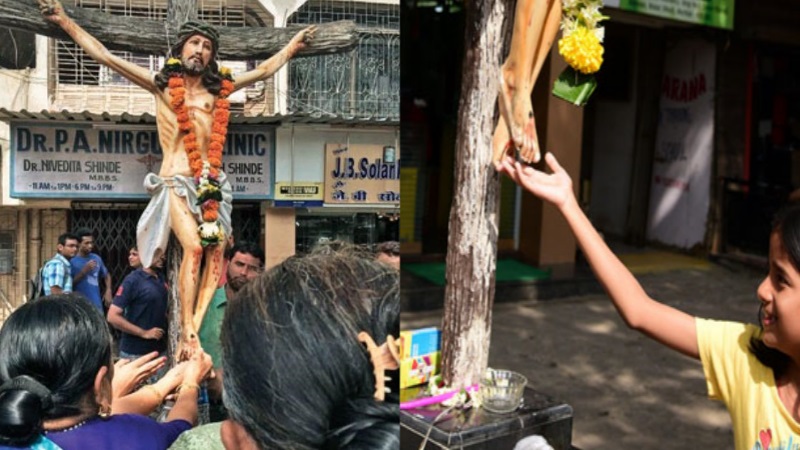 A statue of a crucified Jesus in India had water mysteriously dripping down from it’s toes. Some of the local Catholic faithful believed the incident to be a miracle. Worshipers would collect the water and sometimes drink it.

The source of the water was later found to be an overflowing drain fed from a near by toilet located close to the statue. It was discovered that the water was rising up and seeping through the feet because of capillary action.

3 thoughts on “The Weeping Statue of Jesus”