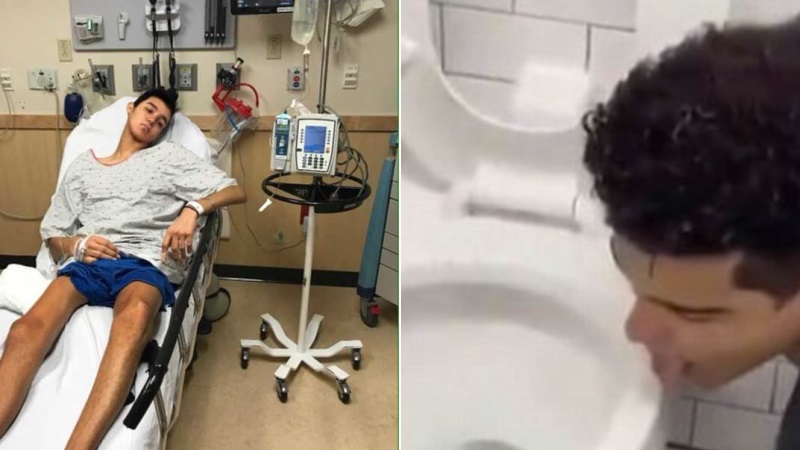 While most sensible people are staying home to prevent the spread of Corona virus, practicing social distancing to help flatten the curve, some TikTok users are doing the opposite.

A 21-year-old man from California known for his other viral videos where he’s licked tubs of ice cream in supermarkets is now claiming to have contracted the Corona virus after he posted photos of himself licking a public toilet seat.

This “TikTok challenge” was reportedly started by another person, who filmed themselves licking a public toilet seat while on an airplane flight.