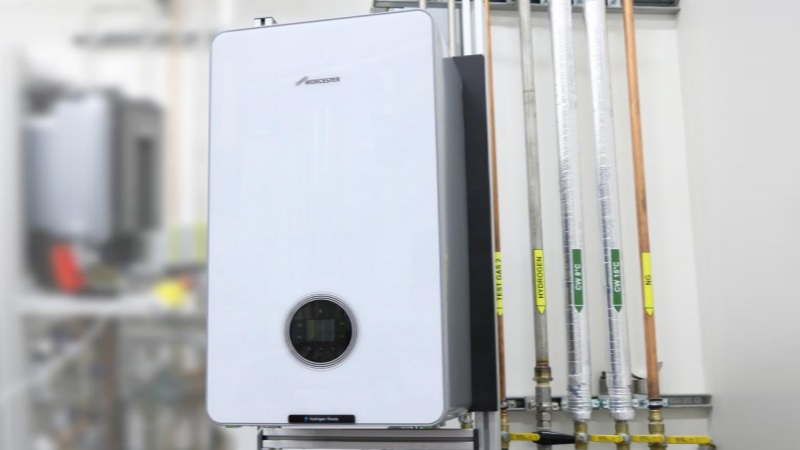 A new prototype boiler created by Worcester Bosch that can run on 100% hydrogen gas has been unveiled.

Could this new hydrogen boiler help to decarbonise heating and hot water systems, and help the UK meet its climate change targets of net-zero carbon emissions by 2050?

Worcester Bosch have been developing this prototype over the last few years. The hydrogen boiler also runs effectively on natural gas, meaning the option to transfer to hydrogen gas in the future should be easy for those with a hydrogen ready Bosch boiler.

Hydrogen is being widely explored as a solution to the UK’s heating problems. This is because the main by-product of burning hydrogen is water, a carbon-free fuel source.

The UK government has already introduced measures to improve the energy efficiency of gas boilers, and from 2025 it will be illegal to install a gas boiler in a new build property in the UK.

According to Worcester Bosch, the boiler will be a direct replacement to natural gas, burning natural gas on its first day until the switch to hydrogen is made.

The boiler manufacturer said replacing natural gas boilers with hydrogen gas may be the simplest solution to the nation’s heating problems.

With 15% of UK greenhouse gases coming from heating homes, the UK will not meet its climate change targets without a change in home heating technology and fuel.